janvier 21, 2022
Home Politique Fight against the illegal exploitation of minerals: Things are moving in all directions 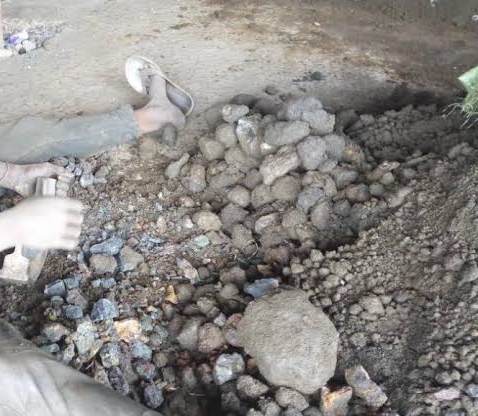 This is the almost general mobilization in the Democratic Republic of the Congo against the mafia in the mining sector.

While the Minister of Mines, Antoinette N’samba Kalambayi continues her mission in Greater Katanga to raise awareness against the illegal exploitation of minerals, the President of the National Assembly, Christophe Mboso N’Kodia, sent a delegation of deputies for an official mission to South Kivu, a province affected by this scourge.

In Kinshasa, civil society organizations are multiplying declarations to call on the competent authorities to take action to stop the illicit exploitation of natural resources.

These companies saw the governor of South Kivu, Theo Kasi Ngwabidje, suspended their activities for non-compliance with the law.

This decision aroused the anger of the Minister of Mines, who, while supporting the fight against fraud and the illegal exploitation of minerals, asked the Deputy Prime Minister of the Interior, Security, Decentralisation and Customary Affairs, to instruct the Governorate of South Kivu, to report its decision, in order to allow the inspectors of its ministry to carry out their work.

According to her, the mining code does not recognize the power of the provincial governor to suspend in the mining administration.

In the meantime, the Prime Minister, Jean-Michel Sama Lukonde, spoke on the subject with the Chinese ambassador to the DRC, Zhu Jing, last weekend, since some companies listed above would belong to Chinese subjects.

To return to the parliamentary mission issued by Christophe Mboso, it must be said that it goes to the East of the country, precisely to Mwenga in South Kivu, to collect information on the illegal exploitation of natural resources and the destruction of the environment.

According to the mission order dated 7 September 2021 issued, the delegation is composed of eight national deputies and will last 7 days ( from 8 to 14 September). 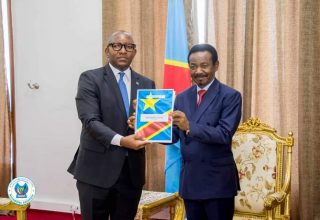