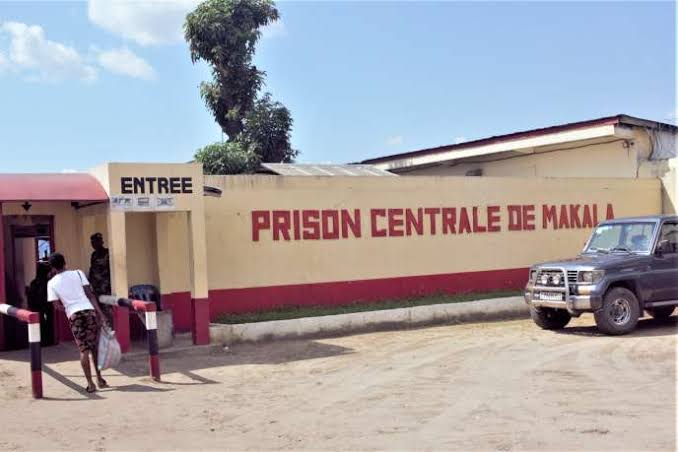 Detained for a few days at the Kinshasa Penitentiary Rehabilitation Centre (CPRK), former Makala Central Prison for alleged misappropriation of Covid-19 funds, the former Minister of Health, Dr Eteni Longondo was briefly evacuated to a hospital for care before returning to his cell on Tuesday, September 7, 2021.

The « health concern » of this UDPS framework, the exact nature of which is unknown, reminds us of the health problems of former detainees and even current emblematic detainees of the Makala prison, who obviously had trouble accepting their prison conditions. A little overview of VIP prisoners who have turned into VIP patients.

Who else could open this chapter of ex-prisoners of the CPRK to being declared seriously ill? It is indeed Eugène Diomi Ndongala, resident of the central prison of Makala between April 2013 and March 2021. Sentenced in 2014 to ten years in prison for rape of minors, he is one of the so-called political prisoners who were released by President Félix Tshisekedi. During his detention, the leader of the Christian Democracy (DC) was declared ill several times. In July 2013, barely three months after his arrest, his lawyer, Sylvain Lumu, said that he was in a situation that deserves special attention “because his health is tragic” and that “he has experienced.

Despite this specific diagnosis from his lawyer who argued for “appropriate care in specialized hospitals with equipment”, who was considered one of the iconic political prisoners of Joseph Kabila’s regime held out until his parole on March 21, 2021.

This former national MP elected in 2011 but who refused to sit in the hemicycle of the National Assembly has since resumed his political activities even though he found his party weakened and finds himself in a political class that has completely changed in favour of alternating of 2018.

Jean-Claude Muyambo, the detainee who «walks throughout the city of Kinshasa»

The words are from the former Attorney General of the Republic, Flory Kabange Numbi and date from 9 June 2016. That day, he sent a letter to the Director of the Makala Central Prison asking him to return Jean-Claude Muyambo to his place of detention. “It is incumbent upon me that inmate Jean-Claude Muyambo, instead of finding himself on the sick bed in the hospital where he is supposed to be, is walking through the entire city of Kinshasa. Therefore, I urge you, upon receipt of this letter, to take him back and return him to his place of detention,” Flory Kabange Numbi wrote.

A few days earlier, the former president of the bar of Lubumbashi, former minister and businessman, Jean-Claude Muyambo Kyassa had been evacuated to a hospital for care. In detention since January 2015 and sentenced to 26 months in prison for Stellionat among others, he was released in January 2019.

Arrested in December 2016 and found guilty of “arbitrary arrest and aggravated unlawful detention” by the judges of the defunct Supreme Court of Justice, Former national MP Franck Diongo is probably the former prisoner of Makala whose echoes of the disease made the most noise. Sentenced to five years of penal servitude at the end of a trial in which he went under infusion, he was forcibly pulled from his bed in the hospital where he was admitted following the beatings received from those who had come to arrest him for being put in prison.

There, his health would never have improved and was even presented as worrisome. “The health of the Honourable Franck Diongo is alarming enough. And it’s unfortunate that to date the government has not taken steps to remove it…. He is still a national member of Parliament,” denounced Laurent Onyemba, one of his lawyers.

Finally, the leader of the Progressive Lumumbist Movement (MLP) left the Makala central prison on 16 March 2019 with a presidential pardon. Since then, a healthy apartment Franck Diongo has resumed all his political activities. Only concern, the man would have been seriously affected morally by his non-appointment in the government while according to his relatives, he would have received assurances from the «high hierarchy» that he would be appointed in the Sama Lukonde government.

Everything seemed to be reunited to kill him politically. But the former President of the National Assembly and former Chief of Staff of the Head of State refuses to die. On the contrary, after being sentenced on appeal in June 2021, in 13 years in prison, to 10 years of ineligibility, to the restitution of more than $50 million embezzled and the seizure of his assets and funds housed in a bank, Vital Kamerhe continues to lead his political party, the Union for the Congolese Nation (UNC) as if everything was going well for him.

In recent months, almost every member of his political party has been promoted to a position to the point that the UNC has become the most structured political party in the Democratic Republic of Congo.

However, the man faces health concerns that have forced the prison authorities to transfer him to the Nganda Medical Center where he is being treated. From time to time, his relatives take stock of his health, which, according to the latest news, would not have really improved for him to return to the central prison of Makala.

The exceptional case of Eddy Kapend

He is one of the most emblematic prisoners in the history of the central prison of Makala. Former aide camp of the late President of the Republic, Laurent Désiré Kabila, Eddy Kapend benefited from the presidential pardon at the end of a presidential order dated December 31, 2020. Sentenced to death in January 2003 by the Military Court, he spent 19 years at the CPRK. But unlike other VIP prisoners, he managed his health problems without making too many noises.As a true military man, Eddy Kapend was visibly resistive during his long detention.
RD44 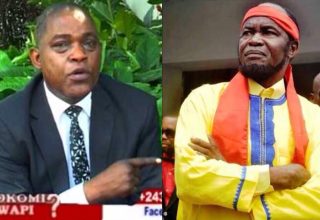 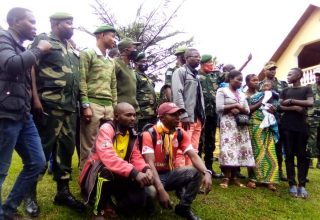 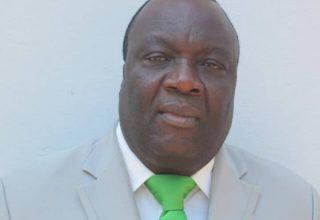