janvier 21, 2022
Home Politique The DG of ISAU, Pr René Mpuru at the center of a controversy on tribalism

The tension is currently noticeable at the Institut Supérieur d’Architecture et d’Urbanisme (ISAU) Kinshasa between members of the academic and scientific bodies as well as those of the administrative service. In the background, the implementation considered complacent, carried out in recent weeks by the management committee.

The Director General of this higher institute, Professor René Mpuru Mazembe, is mainly pointed out as being at the base of what some of its citizens present as tribalism to excess.
Concern rises a notch in the head of the academic and scientific corps of the ISAU. Even if few professors and engineers dare publicly show their dismay, more and more are complaining, secretly, about their situation.

They complain in particular of what they present as the favouritism enjoyed by their colleagues from Greater Bandundu by the Director General.

Himself a native of Greater Bandundu, the latter is accused of granting advantages and favours to a group of Professors and assistants as well as members of the administrative and technical services originating in that country.

To illustrate their accusations, his detractors indicate that in the last election of section heads, “all three sections were allocated to nationals of the same region while other candidates did not demean”.

A head of a section contacted by alternating.cd denies these accusations. However, he acknowledges that “there were indeed citizens of Greater Bandundu who were elected by a majority simply because they were in a good position.”

As for the management committee, it is up to us to learn that there too, there would be a kind of nerve war between the Director General and other members following the last elections of section heads.
To find out more, your online media contacted a member of the management committee, who conditioned his reaction by covering anonymity. And obviously, our interlocutor is not in the odor of holiness with the Director General. He recalled that “it is a few months before the end of his mandate, which began after a period of acting”.

As a reminder, under Article 12 of Ordinance No. 10/071 of 30 October 2010 establishing the ISAU, the mandate of the Chief Executive Officer is five years, once renewable. 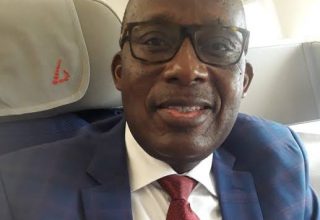