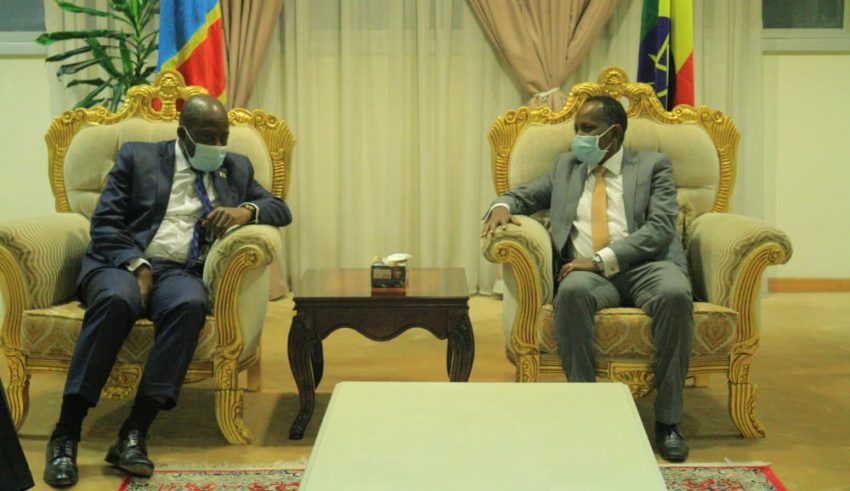 The President of the Democratic Republic of the Congo and current President of the African Union, Félix Tshisekedi Tshilombo, has not lost his hand in the matter of filling the reservoir of the Renaissance dam, which opposes Ethiopia, Sudan and Egypt. As a logical follow-up to the tripartite meeting held in Kinshasa last April, he sent the Deputy Prime Minister, Minister of Foreign Affairs, Christophe Lutundula Apala to these three countries.

At the head of a large delegation, the latter arrived on Wednesday 15 September 2021 in Addis Ababa, the Ethiopian capital.

In the capital of Ethiopia and the headquarters of the African Union, the head of Congolese diplomacy will have several meetings with senior figures. These include the working session with the Chairman of the AU Committee and a working session with his Ethiopian College of Foreign Affairs, Demeke Mekonnen.

He will then meet behind closed doors with the Ethiopian Prime Minister, Ably Ahmed, before setting the course for the other two countries affected by the crisis around the Renaissance dam.

The main objective of his mission, which he carries out on behalf of the African Union, is to agree these three countries, with a view to transforming the Renaissance dam into a tool for regional integration.

What’s wrong with this dam?

Built on the Nile River by Ethiopia, the mega-dam of the Renaissance has for several years become an important diplomatic issue and a source of conflict between Addis Ababa, Khartoum and Cairo.

With a capacity of 74 billion cubic meters of water and a height of 145 meters, it is currently the largest hydroelectric dam in Africa.

For Ethiopia, this dam is essential to its economic development. His Sudanese and Egyptian neighbours, two countries downstream, do not agree. They put forward the fear that this dam will restrict their water resources. This is all the more so since Egypt is more than 90% dependent on the Nile for its water needs.

Karhoum and Cairo also discuss their historical rights, while Addis Ababa advocates equal rights for all countries in the Nile Basin. Negotiations between the three countries, which have been going on for years, are not really progressing.

While Sudan wants an African mediation supported by the UN, the European Union and the United States, Egypt wants a legally binding agreement on the management and filling of the reservoir. Positions that Ethiopia does not share.

The African Union is trying to agree to transform this dam into a tool to allow regional integration. 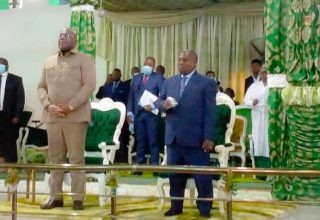