janvier 21, 2022
Home Politique «What I think: Have I become a political prisoner?» (Tribune of Matata Ponyo) 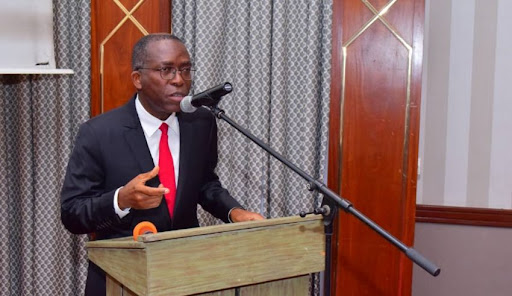 What I think is that I have become a political prisoner for almost four months. Prisoner, because I am deprived of freedom of movement inside and outside the country since May 9, 2021 when I returned to the country to answer the call of justice on the Bukangalonzo case.

The Attorney General at the Constitutional Court has since instructed the Immigration and National Security Services not to allow me to travel; and I was not informed of this.
Why should I restrict my freedom of movement? Am I suspected of wanting to flee outside the country? Why am I doing it today while I was abroad when the first indictment was sent by the Attorney General to Parliament to seek authorization to prosecute me? A number of people had advised me not to go back to Canada because of the bias of the judicial process.
In spite of the fears expressed by many people, I came back thinking that it is better to come back to the truth than to let the lie prevail by staying abroad. And I was not wrong, because the senators, after examining the facts of the case against me and in the face of the evidence of the truth, did not authorize legal proceedings against me.

What I think is that I became a political prisoner because the limitation of my movements was arbitrarily decided. Indeed, is the fact of being prosecuted by the court sufficient to decide on the restriction of my movements in the country and abroad?No, because having never been condemned, I enjoy the presumption of innocence; therefore, I should fully enjoy my freedom of movement as guaranteed by the constitution of the republic and the rules of procedure of the senate, as is the case in other countries.We can recall the cases of several European authorities (former presidents, prime ministers, and ministers) who, in trial in their respective countries, enjoy total freedom of movement, even abroad.

On the other hand, it is surprising to see that many people who are being brought to justice at the same time as me, whether on the Bukangalonzo case or on the Zairianization case, are enjoying complete freedom of movement. How can I be refused release when the co-defendants can do it at will? Am I a special litigant?What I think is that I have become a political prisoner because everything is done to prevent me from enjoying my freedom of movement, and all sorts of strategies are taken to justify it. Indeed, the day after the rejection of the Attorney General’s Indictment on the Bukangalonzo case by the Senate plenary on 15 June, I asked the Senate for permission to leave, particularly for health reasons; this was not granted to me. And yet the request of the prosecutor having been rejected on the above-mentioned date, the restriction of my movements had to be lifted automatically.

However, this continued until June 28, when a new indictment was sent to the Senate by the same Attorney General to again seek leave to prosecute me. We then understand why the Senate could not allow me to leave since June 16!
The search and the rough assembly of the judicial files against a citizen of the rest innocent, it can constitute the suspensive reason of its freedom of movement in a country! Moreover, the famous case of Zairianization to be closed without follow-up since July 15 for lack of charges against me, there was no more reason to restrict the freedom of my movements. What did we actually find?
First, the promise made, in front of witnesses, by the Attorney General to formally close this case is not kept; and this more than a month and a half later! In addition, and in clear violation of statutory requirements, Bukangalonzo’s case was unearthed and put back on the table to justify the continued restriction of my movements both inside and outside the country.

What I think is that I did become a political prisoner because even for health reasons I cannot leave the country. Incredible! How can we imagine that someone who has been poisoned is prohibited from continuing treatment at a specialized toxicology centre (which does not exist in the country) to ensure that all the poison has been absorbed?

And yet, I showed all my good faith, going personally to the General Prosecutor’s Office, accompanied by my attending physician, to deliver to the Attorney General before the Constitutional Court the set of documents attesting to the fragility of my health condition and the relevant recommendations relating thereto of the attending physician. He confirmed this to the Attorney General, who recorded it in a report duly countersigned by myself.
Where is the human right and the rule of law when the Attorney General conditions the rights of a citizen to be treated by the obligation to be heard on a case on which the Senate refused in plenary to authorize legal proceedings? Why can fundamental human rights be traded?

Where is the balance and respect for the separation of powers when the decision of an institution such as the Senate, the upper chamber of Parliament, is trampled underfoot by a branch of another institution which is Justice?

What I think is that I have become a political prisoner who has the patriotic duty to remember that “justice elevates nations”, and that as such, we cannot seek both a thing and its opposite.

And there is generally insufficient justice, sometimes at several speeds. This increases distrust between political leaders and economic operators and undermines the business climate, which is burdened by high transaction costs.
On the other hand, good institutions called “inclusive institutions” are the foundation for the progress of all developed nations, including emerging economies. For there is a rule of law, of which justice is a major component.

Fair justice for all citizens, regardless of political affiliation, restores trust between economic agents and promotes the business climate, which makes private investment easy, A driver of economic growth and a generator of income shared by the entire population.
It is therefore important to really promote the rule of law and to avoid political prisoners, because development depends on it inevitably. 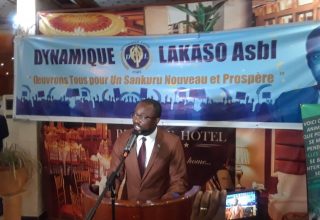